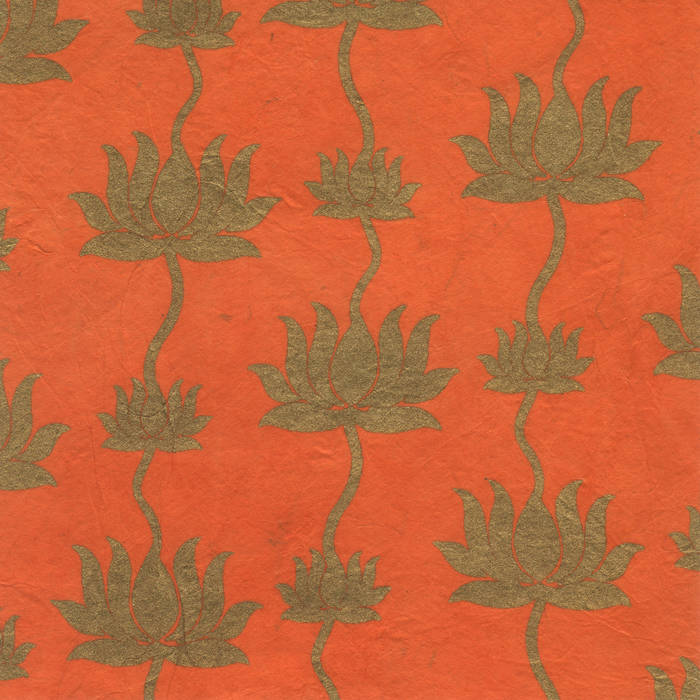 From a pastoral clarinet transported to India, to a Rave synthesizer, a Steppenwolf organ, and an argosy of wood, metal, and skin percussion bridging continents, I spent the summer and early autumn of 2020 growing and distilling Lotus-Pollen, perhaps a Los Angeles symphony for the sheer scale of it, endeavoring to transpose the ongoing chaos outside into a positive amalgam. Reflecting upon the finished project, I was taken by the words of a culinary master from India and an American lyricist:

"There is no perfection save through the yoking (yoga) or union of each individual's real self with the life and power that pervades all different forms of creation." (Dharam Jit Singh)

"Pop, to tell you the truth I simply get to thinking over the song, pondering over it in my mind and all of a sudden, I get in tune with the Infinite." (Johnny Mercer)

Seeds for Lotus-Pollen were planted in 1998 by a recording of Bihag from Pandit Jasraj. I very much wished to make a composition inspired by his mesmeric interpretation of this beckoning midnight raga. Some years later, this past June or July, I finally embarked upon that idea, finishing the composition phase in September, followed by intricate, intensive programming for nearly two months, and orchestration taking a few more weeks.

A new favorite song for me is My Shining Hour by Johnny Mercer and Jerome Kern, and the title and lyrics are a fine way to describe the hopeful feeling for any new composition that it will live forever.

Lotus-Pollen represents a return to through-composed percussion, something not featured in my four previous albums. I did so with much enthusiasm, having missed the experience, gathering metal, wood and skin percussion timbres from Japan, Indonesia, China, Korea, the Near East, Cuba, Brazil and Africa for my new composition. Due to this labyrinthine multiplicity, and the sheer scale of my 68-minute work, including a 546 page score with over 60,000 notes, the programming and orchestration were invigorating challenges.

There are four movements in Lotus-Pollen, and given my Western classical background together with jazz, Indian classical, rock, various forms of popular music, and avant-garde, I've also thought of my composition as a Los Angeles symphony representing a metamorphosis of that Western form. Ragas are my favorite grand-scale musical form of our time, so it may be more accurate to classify my compositions showing their influence as a hybrid form of raga. Regardless of possible designations, I ultimately go by the actual titles of my compositions.

Clarinet fills the opening Alap (touch a color) of Lotus-Pollen, following the introduction of a colorful, pitched Indian cymbal playing the ascending movement of the melodic swaras (tones) used for my composition. Two tambouras and shimmering Indian bells enhance the widely ranging woodsy timbres of the clarinet, including intoning well into bass clarinet registers. Alap concludes with a return of the Indian cymbal cascading through the descending movement of swaras used.

Overall, adding to the natural swaras of the saptak (octave), Lotus-Pollen, using Just Intonation, is characterized by the melodic contrast of tivra madhyama (raised fourth) alternating with shuddha madhyama (natural fourth). While inspired by Bihag, my composition is not a literal interpretation of the raga.

A burst of metal and wood percussion from Japan, Indonesia, China and Korea inform Vilambit Gat, joining energies with a dramatic synthesizer voice normally associated with Rave music teetering on the edge of entering another dimension so penetrating is the timbre. Synthesizer together with percussion alternates with solo percussion in melodic and rhythmic conversation. Halfway through the movement, the metal and wood percussion rises from the lower half to the upper half of their collective timbres with a dramatic coloristic transformation.

Madya Gat commences with a doholla roll leading to an assemblage of skin drums from Brazil, the Near East, Cuba and Africa contrasting with the metal and wood percussion from the previous movement. An organ reminiscent of Steppenwolf, a favorite band of my teenage years, adopts the primary melodic voice. Textures shift between organ combined with drums and solo drumming passages. Echoing the design established with Vilambit Gat, at the halfway point the lower half of the skin drums transition to the upper half of their joint timbres bringing a brighter sound image.

Drut Gat, opening with Indian conch shell calls, delights in the rarified realm of pure percussion, combining all the previous heard timbres into two contrapuntal voices: one metal and wood and the other only skin drums. At four equidistant points of this movement the percussion ostinato and tamboura drones rest, leaving the through-composed percussion voices soaring intertwined and alone together through the ether for three cycles amounting to fifty-one matras. Similar to the prior two movements, at the halfway mark of Drut Gat, the lower-half metal, wood and skin drum percussion jumps to the upper-half metal, wood and skin drum percussion adding to the racing sheen of the music. Drut Gat concludes with a return of the Indian cymbal from the Alap shining from the highest to lowest octaves through the descending melodic swaras of Lotus-Pollen.

It was devastating hearing the awful news of Pandit Jasraj leaving us during the composition phase of Lotus-Pollen, and I immediately wrote a heartfelt In Memoriam for him. Now, I feel closer to Pandit Jasraj and his music than ever before.

When the East
Gave birth to the Moon,
Love was the dancer at the feast;
The heavens smiled for joy;
And the Wind strewed the perfumed dust
Of lotus-pollen in the courtyard of the sky.