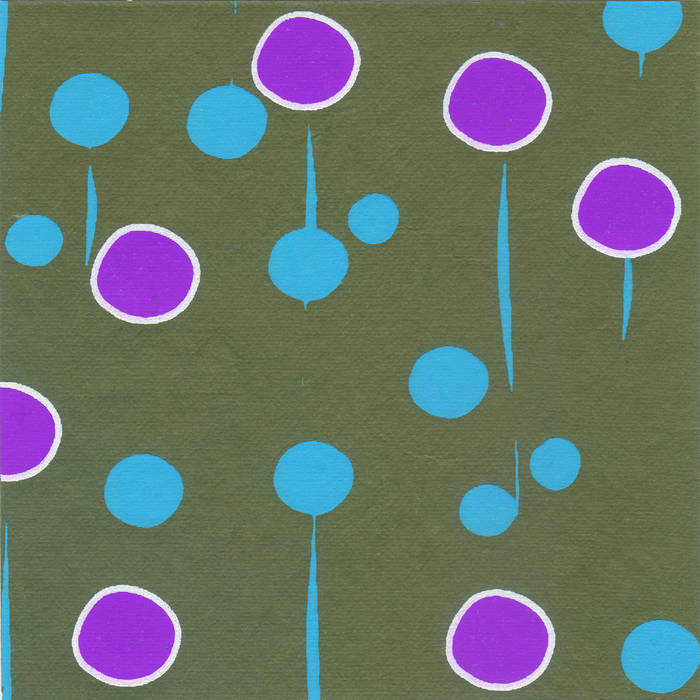 Hold onto your hat. Taffeta Patterns takes a Western keyboard to places it has rarely if ever gone before, flowing from an ardent drum and cymbal ostinato sometimes regarded as a forbidden realm.

Eliot Zigmund, the drummer on several of my favorite Bill Evans recordings, once related to me how he used to wonder what direction music would go in following the upheavals and innovations of the sixties, and was subsequently amused by how one prevalent choice turned out to be partying with disco! Centering Taffeta Patterns upon an extroverted dance music ostinato reminiscent of that era was a momentarily daunting concept ultimately overtaken by naive earnestness, including charmed memories of Upper East Side dating in Manhattan during the late seventies.

The truth is I found building a composition around such a beat to be both irresistible fun and an intellectual challenge. Indeed, when asked to explain what motivated the singing of Frank Sinatra, the favorite vocalist of myriad jazz greats, his colleague, Gene Kelly, believed it was firstly informed by a sense of having fun doing something one enjoys tremendously. This insider opinion is similar to how Rollan Masciarelli, the person who lifted me from a bleak teenage outlook, believed joy to be the centrally motivating element expressed by his favorite musician, Charlie Parker, despite all the obstacles. An early piano teacher who influenced me greatly, Barney Bragin, later shared my recordings with his classes, noting how “exuberance prevails in your music.”

Recalling dance music of the late seventies, Donna Summer was likely my favorite, including the songs "Love To Love You Baby" (darkly referenced in "The Torture Never Stops" by Frank Zappa) and "Bad Girls." The extended fifty-seven minute duration of Taffeta Patterns reflects the uninhibited exuberance of that era, and also the overall wish we sometimes have to drown in a sea of sound. It was thrilling upon discovering the downtown Los Angeles store where the first Azure Miles Records album covers using handmade papers from Japan, India, and Nepal were procured, to notice how MacArthur Park, the title of another famous Summer recording, was right across the street, replete with an impressively sprouting geyser.

Growing up on various forms of rock and pop predated my immersion into Western classical, jazz, and Indian classical, those earlier influences being so much a part of my being as to be subconscious, coloring and shading the overall assimilation process informing the continuing development of my inner musical vision.

Taffeta Patterns continues one recent trend in my music for enjoying the challenge of an extended, single-focus composition with a percussion ostinato pulsating underneath a keyboard-articulated, through-composed melodic voice together with various forms of textural drones. I seem to stagger such works with compositions including both through-composed melodic and percussion voices, and pieces with multi-movements or contrasting sections, instinctively drawn towards the architectural contrast of varying approaches, each having their own virtues. In this instance, the drone took the form of minor seventh chords and a bass part voiced by a pulsing synthesizer timbre, used for the first time, synergizing with a spatially mobile drum and cymbal ostinato of twelve matras or beats.

For the main melodic voice, I selected a related yet distinct synth-electric piano timbre, also used for the first time, differentiated by admirable articulation abilities, and varying tone colors for the various registers over a span of six octaves. The lower registers are quite guttural, and the higher ones most ethereal, all using Just Intonation, as do the chords and bass part. As is my keyboard preference and custom, the synth-electric piano operates in the manner of the Indian harmonium, rarely playing more than one note at a time. Western keyboards are descended from hammered dulcimers such as the Persian santur and Indian santoor, of course, the latter closely related to my particular keyboard approach.

Relying upon pure melodic invention weaving in and out of the melodic and rhythmic ostinatos, I delighted in incorporating rhythmic patterns and phrases inspired by tabla artist Alla Rakha for my keyboard utterances, also deploying generous stretches of silence counteracting what is often frenetic movement. The swaras (tones) used are from Asavari Thaat, the melodic wellspring related to such momentous ragas as Darbari Kanada and Jaunpuri.

There are seven purple shapes and twelve blue shapes forming the cover art for Taffeta Patterns, these corresponding by chance to the seven swaras (tones) used in my composition, chosen from the twelve swaras of the saptak (octave). Indian ragas select seven, six, or five swaras from the twelve swaras of the saptak, sometimes in varying ascending and descending configurations, including twenty-two shrutis (microtones) that further delineate the swaras.

After several opening melodic statements from the same synthesizer playing the chords, Taffeta Patterns follows with twenty-two engagements, meaning extended synth-electric piano passages separated by intervals of tacit, leaving either percussion alone, or percussion and minor seventh chord drones and bass part alone. In terms of listening, I tend to hear the engagements as individual episodes woven together like sections of an immense Mughal rug perceived at once.

Steve Reich was an important compositional mentor, something arranged by another mentor, Leonard Altman, not to mention how Steve largely helped rescue Western classical composition from serialism, pointing us in a promising direction. From the beginning, I felt the aesthetic need to build upon Reich's innovations, moving beyond repeated patterns alone or primarily, adding through-composed melodic and rhythmic invention.

Taffeta Patterns emphatically illuminates this central difference between the music of Steve and myself - how I combine and contrast rhythmic and melodic ostinati with an untethered, soaring melodic voice reflecting how jazz and Indian classical were the preeminent classical music of the world I was born into together with various forms of rock and pop essentially achieving the same.

Contrasting with most Western classical composers, I endeavor to capture essences of improvisation for creating content and form, reflecting the presiding realities of jazz and Indian classical music upon our consciousness, finding these traditions an endless source of inspiration for new spiritual, intellectual, expressive and technical vistas.

With pieces like Taffeta Patterns, I love mixing complexity and simplicity together as one. To use one obvious example, it is like the ostinatos and drones are your gait, and the through-composed parts your thoughts and sights while out walking.

Hasya rasa represents fun and humor in music, traditionally considered the second most important rasa for the performing arts of India. This would appear to be the originating expressive impetus for Taffeta Patterns, with additional sentiments often taking over the expressive thrust. These include Adbhuta rasa (adventure, wonderment, amazement, mystery) embodied by the keyboard effusions, together with Veera rasa (bravery, heroism, majesty), and Karuna rasa (melancholy, sadness, isolation). Overall is likely Shringara rasa (eroticism, romance, universal creative force), this being the dominant rasa of Indian classical music.

For discerning listeners who, for example, are able to detect traces of Dexter Gordon in the saxophone tones of Jackie McLain and John Coltrane, one may also detect traces of Pandit Jasraj and Lee Konitz in my meruvina tones.

If you are tempted as I have been, please be careful not to play Taffeta Patterns very loud for too long, being careful to protect one's ears. Fortunately, the music seems to be effective at any volume level even if a high amplitude setting is how my composition was originally envisioned for full effect.

While the content of Taffeta Patterns would appear to be closer to the instrumental arabesques of her contemporary, Jimi Hendrix, my title comes from "Michael From Mountains" by Joni Mitchell. I love her imagery illuminating how artists create something new out of the existing world they are born into.