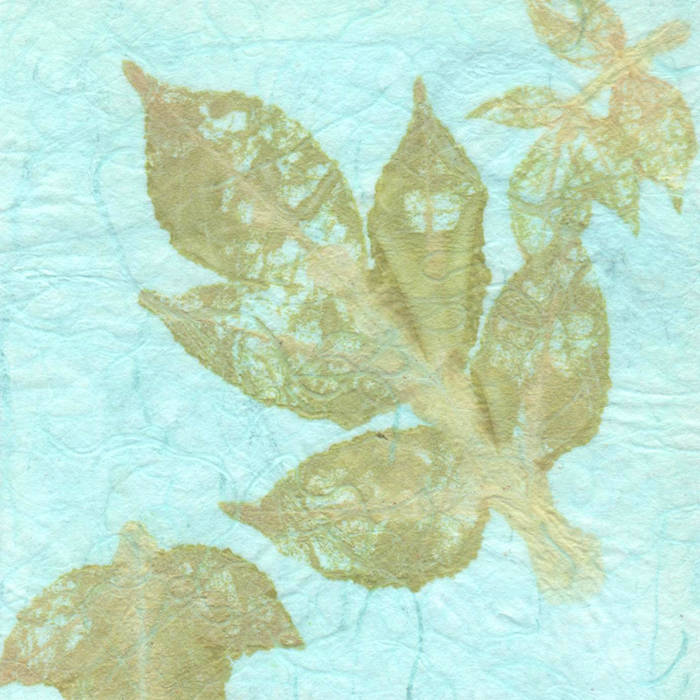 The magical radiance of Bhimpalasi inspired the following pictorial description in the Sangita-Raga-Kalpadruma: “With wide eyes and fragrant with celestial flowers, Bhimapalashri, the sages tell, sings with her deep voice to the lute. Her lovely form is the embodiment of art.” I find this monumental mid-afternoon raga to reach deeply into our hopes, dreams and memories with a vision of mystical adventure, blissful union and ecstasy.

Bhimpalasi ascends with the strength of komal nishad and komal gandhar joining shadj, madhyam and pancham. The descent adds to these swaras the poignant poetry of rishabh and dhaivat. Intrigued by various writings stating that komal nishad is pitched higher in the ascent, I did some experimenting, and concurred that the raga is more beautiful with two different forms of komal nishad. My realization thus uses a higher form in ascending phrases, and a lower form in descending phrases.

Shivkumar Sharma, Hariprasad Chaurasia, Shruti Sadolikar, and Ravi Shankar. are some of the artists whose recordings of Bhimpalasi have thrilled me. In the Fall of 1998, I had the rare opportunity to hear Pandit Jasraj sing Bhimpalasi for a small group of people in a private home in San Jose. This remains one of the musical highlights of my life, and I look forward to tracking down an early recording of the raga by the legendary vocalist.

When I originally contemplated how I would go about a realization of Bhimpalasi, I felt inspired to compose a much longer composition than normal. My previous raga realizations had fit on one CD, and I felt compelled to write a longer piece that would only fit on two CDs. By the time I finished composing the alap, I realized that the scope of my realization had grown, and would now require three CDs. That is why alap is on the first CD, jor and jhala on the second CD, and vilambit, madhya, and drut gats are on the third CD. Ragas are based upon principles of organic expansion, and at one time it was common in India for performances of one raga to last anywhere from two to five hours.

As is frequently the case, I turned to recordings for guidance on how to approach my realization of the raga. It was Hariprasad Chaurasia's alap that ultimately conveyed the essence of Bhimpalasi for me. His recording is one of the most haunting and compelling examples of shringara rasa available on CD. For the gats, I was inspired by Shivkumar Sharma and Anindo Chatterjee, whose interpretation felt like veera rasa. For my own realization, the rasa of the alap is closer to bhakti, and the jor reflects karuna rasa. My jhala expresses veera, and the three gats share both veera, and adbhuta rasas.

In the Fall of 1999, I had the opportunity to hear the South Indian violin maestro, L. Shankar, perform two concerts with Zakir Hussain and Vikku Vinayakram. His performances on the violin were unforgettable, and I began looking forward for an opportunity to compose again for the Near Eastern kemanche. My last composition for kemanche was a realization of Ahir Bhairav titled Snow Leopard Meadow in 1998. I was simultaneously inspired by recordings of L. Shankar's brother, L. Subramaniam, another giant of the violin from South India. My teacher, Kala Ramnath, who I have written about previously, was the first master violinist to inspire me, along with V.G. Jog.

My attraction to the kemanche timbre stems from its earthy gutsiness in the lower registers, inspired by L. Shankar's use of the double violin, which consists of one violin in the double bass-cello register, and a second violin in the viola-violin register. Both violins are attached to one piece of wood! The kemanche possesses a yearning poignancy in the upper registers, and yet another distinct and ominous timbre in the middle registers.

My alap adds Indian bells to the tracings of the meditative kemanche. In homage to my teacher, Pandit Jasraj, I have included the Korean jing intoning the phrase, “Om, Vishnu,” a prayer for the Hindu God of Preservation and Protection, at the places where the kemanche pauses. The music on this, and the other two CDs, begins and ends with two tanpuras strumming their individual phrases like waves upon the ocean shore.

The jor and jhala are framed by rhythmic double-stops supporting the melodic voice. In the places where the kemanche rests, I have added a wind bell voicing the same prayer to Vishnu in the jor, and a more rhythmically complex melodic phrase in the jhala. A rhythmic phrase of eleven beats, inspired by the music of Yemen, and divided 3-2-3-3, makes its first appearance in the jhala, and it becomes a central theme for both kemanche and percussion in the music which follows.

The vilambit, madhya, and drut gats present forty-one percussion bols chosen from the skin drums of India, Indonesia, China, Korea and Japan. These sounds form a single percussion voice analogous to the melodic voice of the kemanche. Indian musicians view melody as female, and percussion as male, and this is one perspective we may use to listen to the resulting tapestry of musical parts. For the madhya and drut gats, I have woven two distinct and complimentary percussion voices, all drawn from the forty-one bols, in the portions where the kemanche pauses. (I do not tune my percussion sounds in the Indian, Indonesian or any other manner, and they vary from the sounds of the actual percussion instruments from which they are derived.)

© 2001 by Michael Robinson All rights reserved