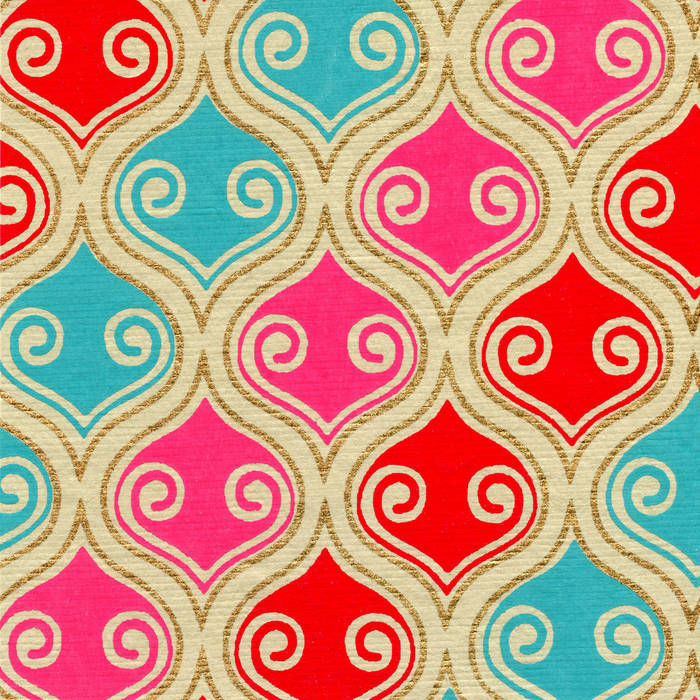 A glistening, penetrating clavier-harpsichord born from my first-time usage of the historic Jupiter 8 synthesizer colors the central melodic voice of Queen of Space. Raga Natabhairavi provides a dark tonal setting for serpentining arabesques of melodic exploration weaving like coral reef snakes through seven-matra drum and cymbal talas. Vocal drones intoning Sadja and Panchama punctuated by a dartingly playful second synthesizer add texture. Queen of Space, a goddess designation from ancient Near Eastern and Mediterranean mythology, favors music moving at a medium tempo following the superfast pace of my previous work. Concurrently, it was advantageous transitioning to the full seven swaras of Raga Natabhairavi from the pentatonic ragas used in both my last two pieces.

Lose yourself in the music forgetting about time. Drown yourself in the waves of Queen of Space savoring subtleties of melodic shape and development awash in musical color. Do this lying down, sitting, dancing, or anyway you feel.

Putting heart, mind and body into composing and creating a performance from the completed score is what my music is about. Queen of Space's clavier-harpsichord becomes extraordinarily vivid and palpable with timbral semblances to the Indian swaramandala especially apparent in passages involving glissandi. There are affinities with the paintings of Gustav Klimt whereupon the influence of Byzantine mosaics imparted a related glimmering quality to his inventions. Additionally, my usage of the Jupiter 8 recalls both the Persian santur and the plucking of strings inside a piano.

Expectations that Queen of Space would be less of an effort to compose and program compared to my last work given the relative moderation of tempo proved to be completely erroneous, these particular melodic intricacies requiring even more time and care, including a score of nearly 300 pages. What is common to both works is how the orchestration process involves knowing when to say “enough”, and not overburdening the music with too much detail. Paramount is the attempt to realize the potential of a composition towards its best possible setting.

Together with immersing myself in the melodic currents summoned by the musical flow, using a variety of potent Arabic rhythms in myriad configurations was especially riveting for Queen of Space, which traverses thirteen engagements between clavier-harpsichord, voices, synthesizer and percussion, spelled by the voices, synthesizer and percussion manifesting alone together. One advantage of this seemingly divined clavier-harpsichord is how a pitch range of a full five octaves was used, each register possessing its own unique flavor. Exploring and contrasting these registers is a primary element of Queen of Space.

I loved this broad canvas drawn before me, passing well over an hour of time, allowing me to elaborate and pierce the glimmering threads of creative flow beckoning to be voiced into sound formations set in the moment and into an overall compositional continuity at once. Similar to how Leonard Bernstein explained in conducting classes I attended at Tanglewood pertaining to how correct opening cues were calibrated to convey at the beginning the full duration of a symphony, the opening moments of Queen of Space engender musical energies that remain unsatisfied until the ending tones of the composition, hopefully even leaving listeners wanting to listen again sometime soon if not immediately as I found myself doing, sometimes even using loop-play.

Queen of Space favors Just Intonation, including raising the tuning of one swara slightly for added expressive emphasis and tension along with more of a shimmering effect the music calls for. Tuning experts are welcome to ascertain the swara referred to...

Thoughts of German and French composers playing claviers and harpsichords visited my imagination after completing Queen of Space, including Mozart, Rameau and Bach. Among more recent composers, Russians Igor Stravinsky and Dmitri Shostakovich have influenced my development the most in terms of rhythm, melody, expression, and form. Part of this is how I’ve unearthed pertinent connections between their work and both American jazz and Indian classical music related to such central musical elements.

Jackie McLean has been the jazz musician I feel closest to in terms of sheer expression and body chemistry. In recent years, my admiration for Stan Getz has increased tremendously, and he has become the musician I study the most along with vocalist Frank Sinatra. Gene Krupa is another artist who has most recently caught my attention, particularly in combo settings where a grand vision honed in big bands has been reinvented in the context of chamber music, so to speak. Swing jazz, in general, is a new fascination for me having focused previously on modern, modal and avant-garde jazz.

Ravi Shankar remains the Indian classical musician I turn to most often for musical inspiration together with tabla artist Anindo Chatterjee whom I've had private lessons with.

Very surprised how Queen of Space became the fourth of the last five albums with ostinato percussion rather than through-composed. But the decision is not up to me. Rather, I do my best to follow where a new composition beckons. And immersing oneself in pure melody is advantageous, especially when the time to write through-composed percussion music is always an opportunity to impart qualities of melody to that realm, and always vice-versa, too, of course. Ultimately, melody and rhythm, Raga and Tala, and Shakti (female) and Shiva (male) are all One.