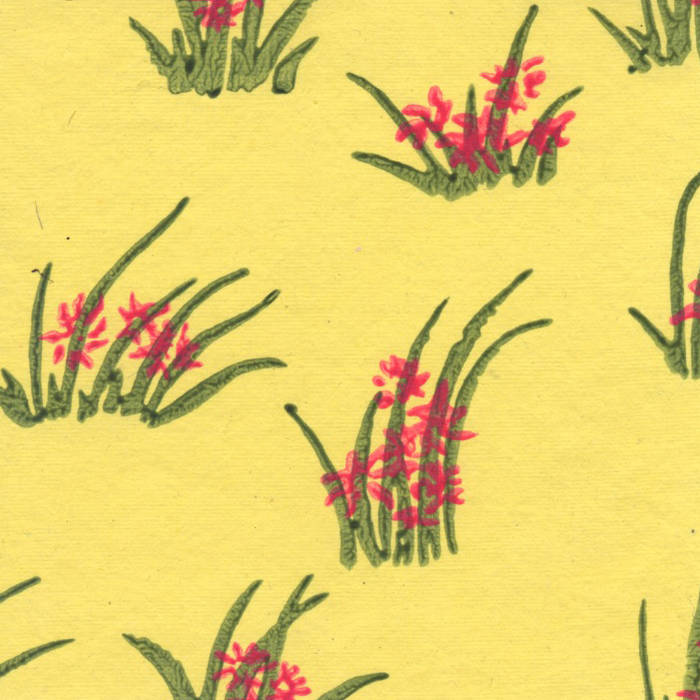 California Spring is based on Suryakanta, a Karnatic mela I found joyfully beautiful for composition.

After years of basing my compositions on Hindustani ragas, including Karnatic ragas adopted by Hindustani musicians, I wanted to move to the ingenious system of Karnatic melas for my inspiration and material.

The Melakartas are an arrangement of the seven swaras into seventy-two possible patterns going back at least to the beginning of the seventeenth century. They include melodic shapes that are almost unheard of in our time, in addition to readily identifiable melodic forms.

There are thousands of Karnatic ragas featuring variations on the melas. Thus, each mela is a parent raga, in addition to being a raga by itself. Rather than search for performances and recordings of the melas, I wanted to use them in their unattached, abstract form, and see what direction they led to.

For the main voice of California Spring, I chose an especially gentle piano timbre shaded with the vivid colors of Indian bells, rotating drum and rainstick. All this is framed by three distinctive tanpura patterns moving at slightly different layas to achieve a “there is no time” feeling: The void that existed prior to earth and life. The swaras uttered by the tanpuras are shadja (peacock), panchama (kokila), and gandhara (goat).

California Spring is the first composition referred to in my essay, Fence Sounds.