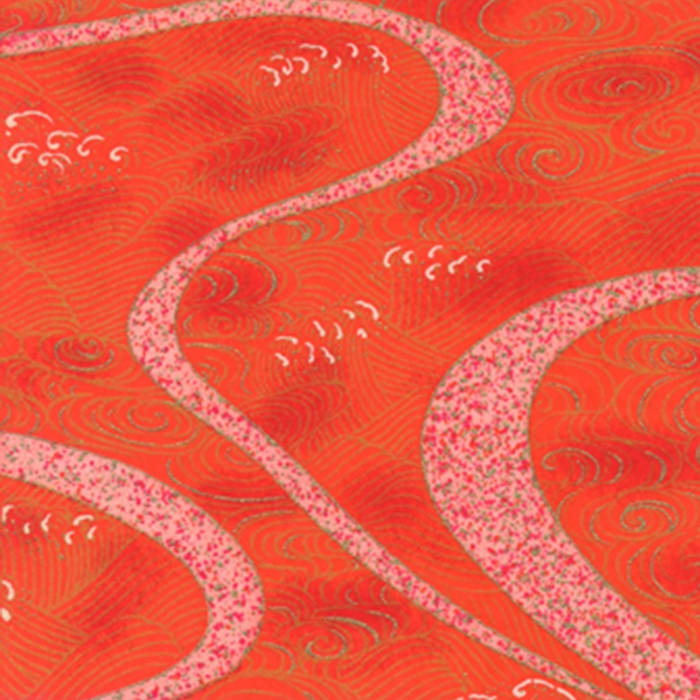 It is doubtful there is any raga, Hindustani or Karnatic, more beautiful than Kirwani. Twice before, I have visited it: The Drowning of Time from 1995, and Kirvani from 2000. In this instance, however, I approached Kirwani more abstractly, treating it as the twenty-first melakarta of Karnatic music, as opposed to one of its raga forms.

In terms of the meruvina construct, I used a template originally devised for my previous composition, Amethyst Labyrinth, which was based on Raga Charukeshi. It was fascinating for me to adjust the template for the differences the new music asked for. Most prominently, an ud timbre replaced the jegogan-jublag tincture used in the alap, and a harpsichord timbre prevailed over the clavicembalo previously used for the two gats.

Once again, I turned to wadon, bebarongan, pelegongan and dhol timbres for the composite percussion voice. The crisp dryness of their combined sounds, closest in South Asia to the South Indian mridangam, conflagrates with the richer colored harpsichord, which is technically a plucked-string instrument, to produce a ravishing and distinctive musical combination not heard before to my knowledge.

While in my teens, my piano teacher, Barney Bragin, remarked several times that my long auburn hair resembled Franz Liszt, and this was a musician I would do well to emulate. It was only recently that I became fascinated with Liszt, and his native Hungary, a country I am partly descended from. It is clear that the full value of his contributions have been greatly unrecognized, and I was both surprised and pleased to realize that the expressive thrust of his work appears closer to my own than any other composer or musician I have been influenced by, despite never studying his music before. Perhaps it has something to do with hearing my mother play several Liszt piano compositions extremely well while growing up.

While listening to the finalized realization of my composition for the first time, replete with textures woven from jhaptal, dadra, rupak and kaharwa chand, I imagined Franz Liszt visiting nineteenth-century India, meeting some of the court musicians, and improvising on ragas with them, playing a specially tuned harpsichord in the manner of a harmonium. If you read about his life and personality, it all sounds plausible if he had actually traveled there. (Subsequently, I learned that Liszt did travel to Istanbul to perform for the Ottoman sultanate, but unfortunately there is no record of his presumed exposure to their traditional music. Also, it's his two-hundredth birthday next month.)

The alap draws upon my admiration for the splendid tradition of Armenian ud playing, and I began listening to Liszt’s two piano concertos and piano sonata sometime during the composition of the gats. I believe that’s what inspired the opening of the Second Gat, with it’s unison passages, and dramatic silences.

My original inspiration for Carnelian Compass was the magnificent recording of Kiravani by L. Shankar, Vikku Vinayakram and Zakir Hussain. A rhythmic figure used in the two gats was inspired by Susheela Raman.

I don’t know how long my penchant for using the names of gemstones in composition titles will continue, but it has been both fun and challenging finding a second word to go with the names of the gems I have used for the last five compositions that fits with the character of the music. I went through dozens of possibilities before settling on Carnelian Compass in this instance. Not only do I enjoy the way the two words sound together, but also there is something about the ancient world history, and invigorating yet soothing hue of this gem that guided my composition, like a compass. (My attraction to gemstones, related to my interest in trees and flowers, began with a hobby collecting different colored rocks and stones when I was a child.)

Connections between Indian classical musicians and gemstones are ubiquitous, stemming from both Hindu and Muslim culture. While I am not familiar with what interest specific Western classical composers may have had with gemstones, a subject that may be too obscure for anyone to have knowledge about, it is known that one of Beethoven's favorite writers and poets, Goethe, actually wrote verse focusing on the subject of carnelian. My guess is that many Western classical composers shared an admiration for gemstones as well, reflecting European and Russian culture, both secular and sacred.

Out of curiosity, I checked to find that Carnelian Compass involved programming over thirty-thousand individual events from the original score, one at a time, with roughly two-thirds of the events coming from the wadon-bebarongan-pelegongan-dhol, and one-third coming from the harpsichord and ud.