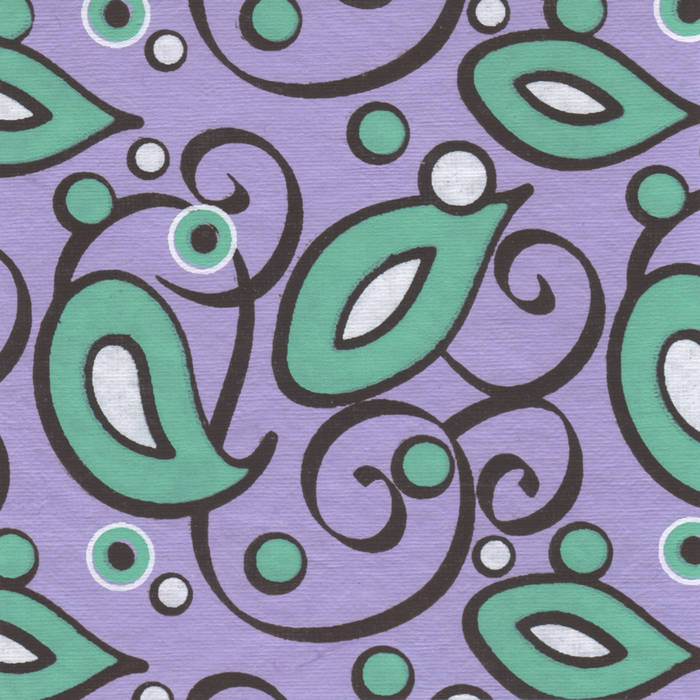 Dhirasankarabharanam Mela. I love saying and writing these words. There's good reason to do so now with melodic content for two of the compositions here comprised from such, also known as Bilawal Thaat. But I'm getting ahead of myself. First off is the title piece, Lilac Dawn, which launches into rapid flights of melodic and rhythmic design woven from potent Asavari Thaat.

Interweaving lilas of melodic and rhythmic intricacy and complexity is a favorite pursuit of mine, bracing those investigations and expressions with drones and ostinati. Simultaneously central on my mind is allowing everything to breathe using space and silence and lyrical simplicity mixed into labyrinthine currents.

Following an opening of kaleidoscopic female voices deployed in rhythmic fashion, Lilac Dawn coalesces lightning piano flashes with an equally mercurial tabla-dholak-dhol percussion construction manifesting over dance music patterns both earthy and abstracted. One delight coming from making music with the Meruvina is the possibility of venturing into terrains unvisited before, here unleashing a profusion of concentrated extremes. “Sea-winds blown from the east and west” is an image from the poetry of Walt Whitman that comes to mind. Or from ancient China, Li Shang-Yin: “I have studied magic, can halt the retreat of day: I have fetched phoenix papers and written down my love.” Lilac Dawn ends with the same rhythmic figures as the opening, this time intoned by a Chinese gong tailed by a single female voice.

Dhirasankarabharanam Mela's source material is ubiquitous throughout myriad musical cultures, tied into our collective body chemistry. Our thirst for expression using its pristine tones is inexhaustible, and I turned to them for both Morning-Star and Yellow Chandelier. Outside of India, Dhirasankarabharnam Mela is known as the Ionian Mode, or even more basic, the major scale. It is precisely the commonality of that identity which attracts me to the more esoteric designation from India, affording a fresh perspective.

Yellow Chandelier opens with a sizzling Indonesian cymbal setting the scene in the manner of a ecstatic swaramandala. The subsequent melodic voice is colored by an array of timbres: clarinet, trumpet, shahnai, kawala, oud and kane all navigating a musical river shared with richly resonant tabla bols ranging from deep to high. A dance music ostinato and tanpura drone flow as the river itself under the through-composed music. Yellow Chandelier closes with a return of the swaramandela model this time intoned by a furin bell, followed by the surprising appearance of an ambitiously mischievous ban gu masquerading as a cicada.

If Lilac Dawn inhabits what amounts to an urban domain, and Yellow Chandelier more of a pastoral setting, then Morning-Star, centered around Dhirasankarabharanam Mela in B Flat, would be more of an inner traversal. Morning-Star makes for dramatic contrast with the previous two compositions partly by forgoing any percussion. Color is drawn from an introspectively exploratory bowed string kemanche timbre narrative enunciating over dancing bells and male voices. The male voices begin low and deep, gradually climbing by octaves.

Tonight, by coincidence, I came upon my copy of Johann Sebastian Bach’s Two-Part Inventions unexpectedly, randomly opening to the pages with Invention No. 14 in B flat. This brought back fond memories of how I gave a series of three concerts one summer on consecutive Thursday evenings at the lovely Saint John’s Church in remote Keokea, situated on the verdant slopes of Haleakala on Maui. In addition to hosting my concerts, Heather Mueller, the Reverend there who was so wonderfully supportive of my musical ambitions, asked if I would also perform for her Sunday service. I was glad to, including staying overnight in her cozy house since I lived quite a distance away in Kapalua. For the Sunday performance, I prepared an arrangement combining Bach's Invention No. 14 together with her choice of the hymn “How Great Thou Art”, taking advantage of their sharing the same key of B flat. Speaking of churches, it was the famed Saint Peter’s Church in Manhattan where I was fortunate to give my very first concert of music for Meruvina. This was to become the venue where the great bulk of my performances took place while living in Manhattan.

It was my extraordinarily creative piano teacher, Barney Bragin, who decided to teach me Bach’s Two-Part Inventions at the formative and impressionable age of thirteen after I played for him from memory a two-part minuet by Handel at our first meeting. I loved these contrapuntal masterpieces by Bach enough to memorize them, similar to how I later memorized a number of poems by William Butler Yeats while studying with Therese Law in college. Bach wrote his Two-Part and Three-Part Inventions for the stated purpose of teaching his own children how to compose music, and learning these miraculous pieces absolutely inspired me, introducing pertinent musical concepts and procedures. One of my central subsequent insights was recognizing how the Indian concept of pure melodic and rhythmic binary interaction is another form of counterpoint conceptually related to Bach's Inventions, represented here by Lilac Dawn and Yellow Chandelier.

With musical impulses spawned by a richly diverse cultural milieu including not only jazz and Indian classical music, but also various forms of rock and pop, and Western classical, intent and hope is for my music to sound alive and spontaneous - an improvisational spirit suffused into composition. Many of my works have titles drawn from natural phenomena. This occurs when I find the music's language, form and image in confluence with nature's rasas (moods), processes and elements. All of my music springs from communion with nature filtered through the prism of personal temperament.

Both my melodic and rhythmic writing is based upon the vocal and vocal-like tendency and preference practiced by my favorite musicians and composers from America, India, Europe and elsewhere. Percussion is the purist of all melodic pursuits for myself, seeking coloristic shadings that form "melas" of their own.

What I have managed to absorb and assimilate from the music I love, assembling into new forms comprised of mutually complimentary ingredients, stems purely from corporeal, intellectual, spiritual and emotive passion.