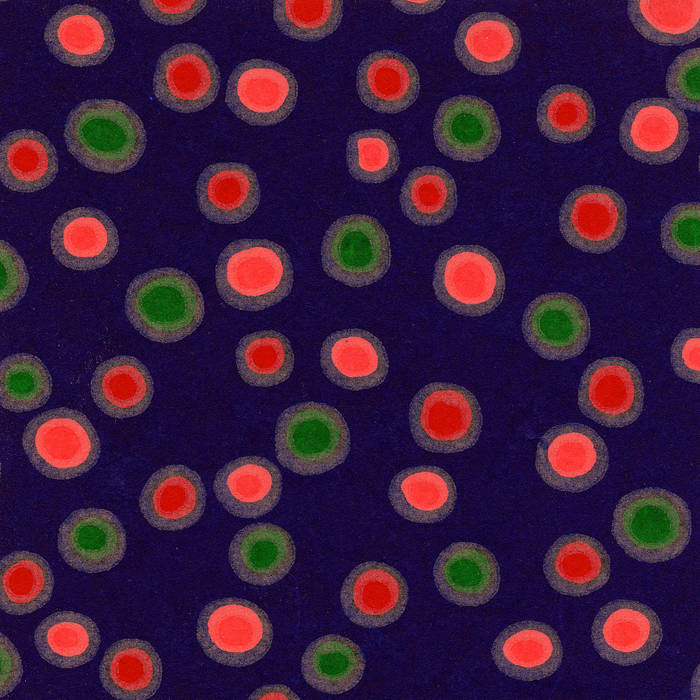 Mian ki Malhar is a musical prayer for the life-giving rains of the monsoon. It is also a complex and potent musical blueprint for improvisation and composition, though given the raga's elusive nature, it is more like an ancient, tattered map alluding to mysterious treasures.

The coming of the monsoon season is a time of great joy and celebration in India, for the rains allow the crops to grow following the burning, dry and barren months of summer. Crickets chirp, frogs cantillate in their distinctive gruff manner, the earth smells wonderfully fresh and wet, and cool breezes enliven all. Poets, dancers, painters and musicians have long expressed exhilaration for the renewing powers of nature experienced during the rainy season. This is also said to be the time of year when female romantic passions are at their height.

When it came time to conceptualize my composition based upon Mian ki Malhar, I felt inspired to create two percussion "instruments", one with wood and metal sounds (seventeen instruments with twenty-four sounds), and the other with skin sounds (eleven instruments with twenty-seven sounds). Perhaps it was the celebratory nature of the monsoon season that led me to include wood and metal percussion along with the skin percussion sounds I normally use. Looking to branch out even more, I deliberately avoided percussion timbres from India, instead focusing on sounds from the Far East, Indonesia, Latin America and the Near East. By isolating and combining the two percussion "instruments" (in this context the word "instrument" denotes a collection of diverse yet related percussion timbres brought together in a homogeneous group), I have evoked the Karnatic custom of featuring both mridangam and ghatam, as opposed to the Hindustani tradition of using a single tabla.

The focal point of my musical rainstorm is the sublime sound of the Hungarian/Romanian cimbalom, a hammered dulcimer with historical ties to the roaming Gypsies from India. Some other hammered dulcimers include the Chinese yangqin, the Persian santour, and the Indian santoor. The latter benefits from the presence of a "musical god", Shivkumar Sharma. It was Sharma's recording of Mian ki Malhar, together with Anindo Chatterjee on tabla, which inspired my composition based upon the raga. In the opening portions of each gat, I have alluded to several of Sharma's themes. It took a great deal of technical preparation for me to figure out how to achieve a satisfactory tremolo with my cimbalom timbre, this being an essential and delicate element of the alap.

The complex and subtle melodic structure of Mian ki Malhar stems largely from the raga's use of both shuddha (natural) and komal (lowered) nishad (seventh tone of the scale). In addition, there are several identifying phrases (pakars) that immediately identify the raga.

Following the alap, I chose to be much freer in my use of Mian ki Malhar's swaras (tones). That is, I never stray from the raga's swaras, but I have turned and swirled them in unusual ways in the jor, jhala and gats.

Since my beginnings in computer-performed music, I have been attracted to the "detached, ethereal, and abstract" expressive capabilities of the medium, writing about this aspect of my music as early as 1986. In 2002, I was stunned to realize that the quality which attracts me is none other than the ancient Indian concept of anahata nada (unstruck sound). Ahata nada (struck sound) describes the sounds we experience here on earth, including all the sounds produced by people, animals and nature. Anahata nada is the silent yet pervasive vibration which yogis seek to gain union with in their meditations. It is believed to be the metaphysical principle of all physical manifestations in the universe. Using a computer as the performer, without any interference from live musicians, may be the closest we can get to expressing the state of anahata nada through music. Live musicians (whose range of expressive characteristics and nuances are very beautiful and effective in the proper context) are instruments of ahata nada, and that is why they are antithetical to my compositional musical vision. (Persons interacting with computer and electronic instruments during a performance definitely fall into the category of live musicians).

[My views on the subject of performance have evolved. I now welcome live musicians to perform any of my compositions using acoustic and/or electronic instruments. Even though my music is conceived for the meruvina, I now believe that live musicians may illuminate the compositions in different ways that coexist with the original realizations. - Michael Robinson, 2013, Los Angeles]

Mian ki Malhar is divided into two sections. The alap, jor and jhala section features the cimbalom together with tanpura. Individually, the alap adds a rotating drum echoing the cimbalom in dramatic fashion. The jor and jhala add four instrumental timbres from China: er hu, qi di, suona and cheng, each intoning a musical prayer at moments when the cimbalom rests.

The second part of my composition is part joyous celebration, part animalistic frenzy, reflecting both the generative and dissolving aspects of Shiva. ("Every act of creation is also an act of destruction." - Picasso) Here the cimbalom and tanpura are joined by the wood and metal percussion 'instrument' in the vilambit (slow) gat, followed by the emergence of the skin percussion "instrument" in the madhya (medium) gat, and culminating with the drut (fast) gat where both percussion "instruments" intermingle with the cimbalom's wild dance.

In traditional Hindu thought, the Absolute is formless, and this is why the fifth, transcendental head of a pancamukhalinga (a five-headed linga representing Shiva) is implied in the center of the linga, in contrast to the four clearly sculpted heads (each showing Shiva's different aspects) facing cardinal directions. While learning about the pancamukhalinga for the first time at the splendid Honolulu Academy of Art, I experienced a shock of recognition, for the description of the fifth head explains my personal preference for not using talas in my compositions based upon the raga form. In my musical quest to express the Absolute, and give voice to the unmanifest, I find the cyclic, repetitive nature of talas (rhythmic cycles of various lengths with an emphasis on the first beat) to be overly emphatic. Driven by instinct and adventure, and guided by my sense of flow, balance and contrast, I have developed a more abstract approach to rhythmic form analogous to the transcendental fifth head of a pancamukhalinga. The overall form and content of a musical utterance - whether it is one of my compositions based upon a raga, or a traditional raga improvisation - transcends the use of talas.

Many of the Indian classical musicians I have met have stories related to their personal experiences with the magical and mysterious effects of ragas, and I have had some similar experiences myself. During the four months I spent composing and programming Mian ki Malhar, I joked several times to friends that they had better watch out because a rain storm might occur when I finished the composition. You can imagine the disbelief and exhilaration I felt when a heavy rainstorm hit Los Angeles as I was putting the finishing touches on my new composition. I do not pay attention to weather reports, as it has not rained much here in recent years, even during the winter months. The morning of December 16 was overcast, but the sun was coming out after breakfast when I retreated to my studio where the blinds are drawn. Several hours later, I was just feeling the satisfaction of completing a composition I had spent two to eight hours a day or more on everyday for the past four months, when the storm hit. I opened the blinds to see the downpour, and then rushed out into the living room, and opened the front door. The rain was coming down in sheets with a load roar! I knew this was only a coincidence, but nonetheless, I was thrilled, and I excitedly phoned and emailed loved ones, friends and colleagues. Even though I had joked about the possibility in a half-serious vein, it was beyond belief that a rain storm had actually struck the moment I finished Mian Ki Malhar.

If some of you are wondering what it was like to program the myriad complexities of Mian ki Malhar, think "learning Sanskrit"! The composer in me has no mercy for the guy who does the programming ...