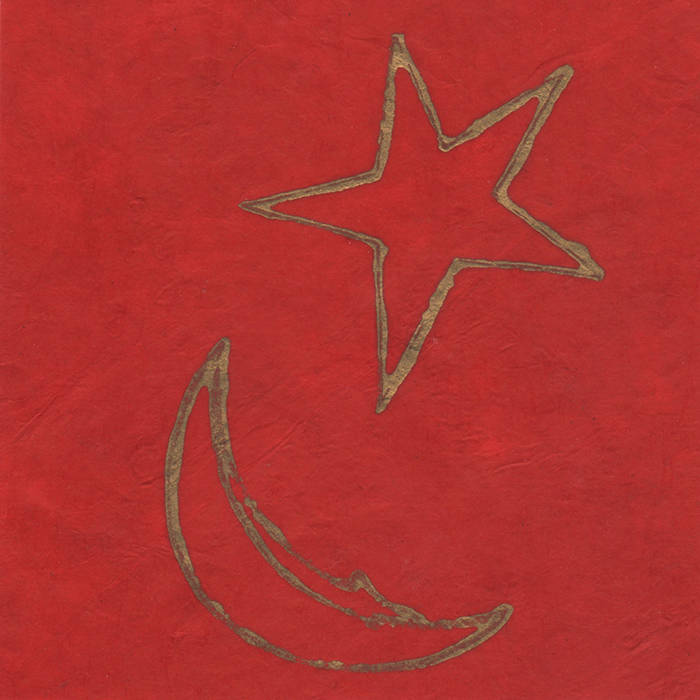 “…the life of thought has no time for the rules and constraints of “civilized” stasis. Man (despite his terror) cannot cease destroying illusion in his search for truth. He goes unstoppably and grimly forward.” So states Helen Vendler in her masterful exploration of Irish poet William Butler Yeats, titled Our Secret Discipline. This summarizes perfectly how I feel about composition. Truth and beauty is everything in music, and there is no time or room for any compromise. (I might possibly add an explanation for use of the word grimly, of course.)

Moonrise and Rain-Mist continue my recent penchant for blending dance music ostinati with through-composed melodic and percussion voices, resulting in music that one perspicacious observer humorously described as Ashkenazi Ostinati, alluding to my Russian-Hungarian-Polish Jewish ancestry with a clever rhyme.

Historically speaking, the use of ostinati was an important ancient influence upon Indian classical music in the form of Sufi vocal, instrumental and dance patterns. This represents one of many precedents for my methods, which include utilizing ostinati forms of our present time together with an overall tendency to eviscerate superfluous boundaries between musical genres.

Moonrise was engendered when I happened to notice that Snoop Dogg would be performing on the Tonight Show with Jimmy Fallon, and made a point of both watching and recording that appearance. While I have been deeply influenced by the rock and pop of earlier years, its difficult to think of current artists who truly excite and awe, the one exception being Snoop Dogg, whose originality, substance, authenticity, rhythmic sense, phrasing, and presence engages me just about every time. Sure enough, I was hypnotized by a song that turned out to be So Many Pros, and when the swaras of Raga Kirvani came to me while listening, I decided to base a new composition around the musical epiphany I was experiencing. Originally captivated, in part, by the abstract mystery of what the song was about because I was unable to make out the words, I found that subsequently learning the lyrics and title of the song was unnecessary, and mostly stayed with my initial perceptual responses.

Part of what excited me about using So Many Pros as a model for inspiration was the fact that Snoop Dogg lives in Los Angeles County like myself, and so I was being inspired not only by something current, but also by something originating in my general locale.

It is an interesting question how the various musics of one’s environment effect composers to the point of entering their every gesture both consciously and subconsciously. For example, historically speaking, French composers share certain identifying traits, while American composers such as myself have absorbed into our musical DNA diverse homegrown genres such as rock, jazz, folk, and various forms of pop.

Moonrise opens with trumpet and shahnai fanfares presaging the entrance of an evocative electric guitar timbre with connections not only to country music and rockabilly, but also Dick Dale and Billy Strange; both legendary guitarists who helped shape popular music of the fifties and sixties. (It’s not commonly known that Dale was influenced by Middle Eastern music. His most famous recording, Misirlou, employs a trumpet to spell the predominant electric guitar, as I have done coincidentally with Moonrise, adding a shahnai.) Tempo here is considerably slower compared to my previous four compositions, and the rasa is more introspective. As mentioned, melodic invention is derived from the sirenic allure of Raga Kirvani.

Moonrise’s electric guitar explores some extreme rhythms, articulations and pitch registers in combination with tabla, dholak, dhol and udu bols. The first third of the composition introduces the upper half bols; the second third of the piece presents the lower half bols; and the conclusion of Moonrise features the complete spectrum of bols. After their opening utterances, the trumpet and shahnai timbres echo each other with varied melodic phrases on three more occasions during solo percussion passages. An austere tamboura drone is maintained throughout Moonrise, while a ghostly dance music ostinato surges underneath.

While researching the careers of Dick Dale and Billy Strange, I came across (Ghost) Riders in the Sky, a song by Stan Jones originally recorded by Burl Ives, and sung by Gene Autry in a 1949 film of the same name. (Ghost) Riders in the Sky was a favorite movie of The Doors, inspiring their song, Riders On the Storm. This is serendipitous because I enjoyed a friendship and music relationship with Ray Manzarek, and the electric guitar timbre used for Moonrise brings Westerns and cowboys to mind, with the ostinato even containing a horse-like sound. (The Polish Rider by Rembrandt also came to mind independently while working on Moonrise.)

One aspect of The Doors I have always admired is the extreme clarity of texture found in their music. This influence may be heard in the way the electric guitar and percussion timbres of Moonrise allow each other complete fidelity without any masking.

Originally inspired by listening to Beethoven piano sonatas, I had envisioned a new composition for solo piano, but ultimately found that prospect specious. Rather than writing for “the left and right hand” of a piano being played, I found myself insisting upon maintaining one melodic voice (somewhat like an Indian harmonium) and one non-pitched percussion voice of equal importance, as found in the classical music of India. For this reason, Rain-Mist is based upon raga form, including focusing in on a captivating piano timbre uncovered by Ray Manzarek during the time we spent together.

Using this piano sound, which I even named Ray’s Piano, Rain-Mist opens with alap; moves to a slow gat; and concludes with a medium fast gat. The alap is framed by two undulating tamboura patterns, with melodic material derived from Raga Kirvani once again, as in Moonrise. By doing so, I make the point that ragas are sources of infinite possible interpretations. Rain-Mist even maintains the same tonal center as Moonrise, which is F. Part of what attracted me to F was how Johann Sebastian Bach used the key of F, major and minor, to great advantage in his works for keyboard. Also similar to Moonrise, I decided to explore extreme pitch registers in Rain-Mist, this time with the piano. Given my use of Indian percussion together with earthy and decadent dance music ostinati, and various tamboura drones, Rain-Mist places the piano in virgin terrain, including several passages that would appear to defy human playing capability, which is but one dimension of the meruvina.

John Cage came to mind while composing Rain-Mist. When he invited me to visit his Manhattan loft back in 1982, Cage perused a number of my scores, commenting that both Stravinsky and Schoenberg had demonstrated how melodic leaps or wide intervals were more relevant in our century than scaler melodic motion, noting that my music focused on the latter, which seemed to puzzle him. As soon as John said those words, I realized that American jazz was not part of his orientation, but decided not to mention this centrally important influence on my music, not to mention Indian classical music. However, in Rain-Mist, I found myself using wildly separated intervals, resulting in music that sounds almost atonal at times, as if referencing Germany in the years building up to World War II, while deliberately stretching expectations for more conventional interpretations of Kirvani’s swaras.

One of John Cage’s central innovations was the concept of using found sounds for music composition, which includes literally any sound one encounters in daily living, with sounds as far away from conventional music as possible being a virtue. While many electronic and computer music composers have pursued this aesthetic pathway, some to great advantage, I found after giving all types of sounds equal consideration that the found sounds I love the most are actual musical timbres derived from myriad cultures, which I adopt, shape and utilize in the process of expressing my personal musical vision with technology I opted to name the meruvina.

Differing from the percussion used in Moonrise, Rain-Mist employs a smaller number of tabla, dholak and udu bols, and forgoes any use of dhol bols. These percussion sounds enter in the First Gat and continue into the Second Gat joined by colorful and dramatically differentiated dance music onstinati. A more penetrating tamboura drone enters with the gats, and the original tamboura patterns reappear immediately after the excitements and tumult of the Second Gat subsides, resulting in a gentle ending that recalls the opening of Rain-Mist, or the pleasantly dazed sensation one feels upon waking up from a dream filled with arabesque fantasy.

Electric guitar and acoustic piano are perhaps the two most commonly heard instruments of our time, and I’m glad to have found ways to incorporate them into my music.

It was 100 years ago this month that Frank Sinatra was born. While recording, Sinatra often insisted upon being situated right in the middle of all the musicians, as opposed to being isolated in a booth. While its obvious I am a composer, it’s also true that I create the performances of my works, and I identify completely with Sinatra’s preference, placing myself in the middle of whatever instrumental combination is in play.