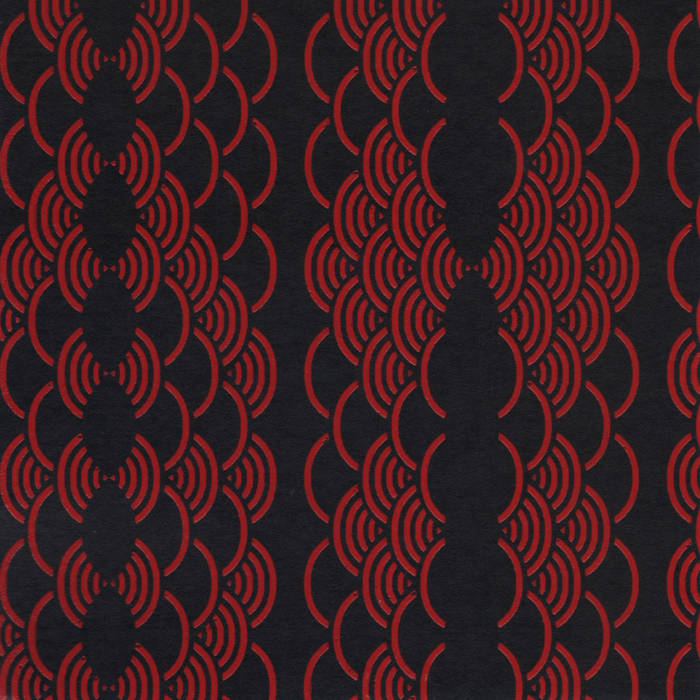 Nectar-Spells presents three new compositions all beginning with introductory and closing declarations voiced by unusual instruments, including conch shell for Roaming Spirits, zither for Ocean of Honey, and esraj, an Indian "violin", for the title piece. Additionally, all three titles are taken from Vidyapata, a fourteenth-fifteenth century Indian poet. Album cover art is hand silkscreened paper from Japan, including the color black, especially fitting given how the Vidyapati poetry used focuses on interplay between Radha, the Supreme Goddess, and the eighth avatar of Vishnu, Krishna, whose name is derived from a Sanskrit word meaning “black”, “dark”, or “dark blue”.

Johann Sebastian Bach and Indian classical music are central influences, and for this reason I am especially pleased to feature the Baroque period’s clavichord for both Roaming Spirits and Ocean of Honey. Combining a keyboard instrument with Indian percussion represents a continuation/expansion upon my previous album, Mango-Bird, where different electric pianos were featured. Nectar-Spells, too, after opening with clarinet followed by trumpet for its primary melodic voices, continues with four different keyboard timbres, beginning with another baroque instrument, the harpsichord, followed by piano, the previously mentioned clavichord, and Wurlitzer electric piano. Just Intonation, related to Indian classical music tuning, is used for all three compositions.

Roaming Spirits opens with the blowing of a majestic conch shell, an instrument that held a special attraction for one of my primary Indian classical music teachers, Nazir Ali Jairazbhoy – this would have pleased him! Following the introduction, a boldly slashing clavichord joins with tabla articulating varied timbral bols in a dialect echoing both emotional thoughts and physical impulses. Brahma is believed to have been invented the tabla, with Ganesh being the first to actually play it; the occasion being Mahadeva dancing after defeating the demon, Tripurasura, in battle, previously considered invincible.

Two alternating rhythmic ostinati derived from hip-hop, a current form descended from traditional African music, create an underlying foundation together with a tamboura drone. All melodic material is derived from Kafi Thaat. A rhythmic cycle of seven beats is repeated eleven times, followed by a five beat cycles repeated five times for a cumulative rhythmic cycle of 102 or 51 beats. While the title, Roaming Spirits, is taken from the love poetry of Vidyapati, it also relates to how my consciousness, within and outward looking, is always on the prowl for new ideas and variations of existing ideas.

Ocean of Honey commences with four ritualistic zither declarations steeped in antiquity. My title was plucked from a Vidyapati poem because the music seems to possess a certain golden glow. Following the opening section’s medium tempo, the pace of Ocean of Honey is doubled to a fleeting 194 beats per minute.  Clavichord and tabla interactions are enhanced by the addition of dholak, dhol, Indonesian wadon, and Chinese tang gu bols. A rhythmic cycle of eleven beats prevails for both sections, the percussion ostinato sounding remarkably different when increased to twice the original speed, both treble and bass percussion timbres enhanced by the speedier activity. During glissandi passages of the fast section, the clavichord flashes boldly like sunlight reflected on bright metal creating a tumultuous effect. Ocean of Honey ends with seven zither strokes, including three repetitions of the final swara.

Nectar-Spirits is my first composition encompassing all six parts of traditional raga form in over ten years. These are Alap, Jor, Jhala, and three Gats moving from medium fast to fast to very fast. For melodic inspiration, I turned to Raga Abhogi, a Carnatic raga adapted into Hindustani music primarily by Ravi Shankar. Abhogi is a delightful pentatonic raga featuring a lowered third while eschewing both the fifth and seventh tones. My immediate inspiration for using Abhogi came from a recording by Bansuri master Hariprasad Chaurasia accompanied on tabla by Samir Khan.

Nectar-Spells opens with dramatic upward strumming of esraj strings through Abhogi’s swaras, sounding much like hand-plucked inner strings of a piano, followed by a tamboura pattern outlining the fourth, sixth and tonic swaras. After one statement of the tamboura figure, a rustic clarinet enters to intone the Alap, meaning, “Touch a color”. Jor, meaning “momentum”, is informed by an Indonesian bonang sonorously reiterating the tempo, joined by a charged trumpet enthusiastically exploring Abhogi’s swaras. During three interludes a South American zampona adds coloristic spice in response to the trumpet with no small semblance to bird song. Indeed, the clarinet is birdlike as well, this Jor recalling rasas from both the Pastoral Symphony and Peter and the Wolf.

Tempo is strategically doubled for the Jhala, meaning “sparkling”, bringing an exuberant harpsichord. Melodic mazes and shimmers abound here, the bonang responding to the harpsichord's arabesques with varied accents. After saying its piece, this musical episode transitions suddenly to the First Gat at medium fast tempo, with piano, tabla and a new tamboura drone entering into a rhythmic cycle of thirteen beats. A gyring, galloping clavichord manifests for the faster Second Gat, including a rhythmic cycle of fifteen beats. For the Third Gat, a Wurlitzer electric piano emerges climatically as if from the clouds, glistening and soaring at uncanny speed. “Fly like a bird, swim like a fish” is the Indian adage here, the Wurlitzer sporting effervescent lilas, meaning “play”, of labyrinthine counterpoint with the equally animated tabla inside a rhythmic cycle expanded to seventeen beats. Nectar-Spells ends with an abrupt ascent into the ether by Wurlitzer and tabla as the esraj strumming returns, this time in downward movements through Abhogi’s swaras, the eighth and final reiteration an octave higher.