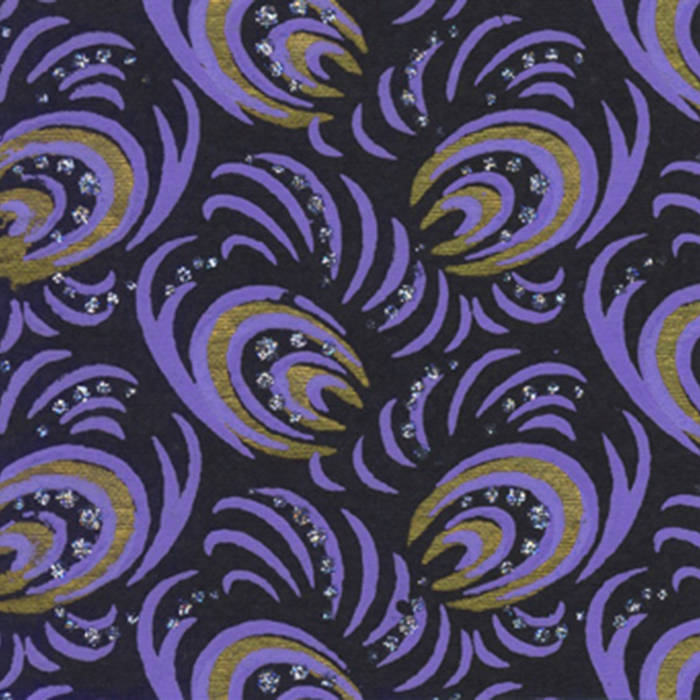 I stepped outside after midnight in Kula, and was transfixed by the genuinely black sky richly adorned with planets and stars. This sensation, without reflection or anticipation, immediately translated into musical impulses and forms that ultimately became Nightmarchers, beginning with a direct, reiterated rhythmic phrase based on shadja (tonic). Sure enough, I ended up using this very phrase to open each of the composition’s three parts (movements), voiced for the Korean jing at such a low tone as to suggest unintentionally the ancient Hawaiian pahu, a drum that is considered sacred.

The pure continuity of the black sky merging with the black sea in the distance, and the black contours of Haleakala, suggested melodic forms different from ragas I have used in the past, and I imagined three new melodic forms immerging from shaping the saptaka (octave) into nine, eight, and seven equal parts. This concept promised to capture the seamless, undifferentiated contour of the vibrant and soothing blackness that had enveloped myself in Kula, and later in Lahaina and Hana, as well. (Experiencing a truly black sky has become increasingly rare with the encroachment of civilization upon previously unspoilt lands.)

It was a surprisingly enjoyable challenge to calculate just what these melodic intervals would be, and how to produce them with the meruvina. After that task was completed, I decided that a kemenche would play the first part using the nine-tone scale, a clarinet would voice the eight-tone scale in the second part, and a trumpet would be featured with the seven-tone scale in the third part. Together with these timbral selections, I added wood percussion for the kemanche, shaker percussion for the clarinet, and metal percussion for the trumpet. These percussion colors sparkle, like the stars and planets against the black sky, as gingerly sprinkled spices for the primary percussion voice comprised of kendang wadon, bebarongan, pelogongan, and dhol bols. Dholak, timbale, and pandeiro ostinatos, and a tanpura drone complete the overall sound compound. (I do not tune my percussion sounds in the Indonesian or Indian manner, and they also vary from the sounds of the actual percussion instruments from which they are derived.)

Early maps of Maui divided the island into three parts, with Lahaina being the head, Makawao the chest, and Hana the belly. Kula may be considered part of Makawao district, and by coincidence this overall design parallels my naming of the composition’s three parts: Kula Midnight, Lahaina Midnight, and Hana Midnight.

My tempo for Kula Midnight is madhya lay (medium tempo), with increases of roughly ten-percent for both Lahaina Midnight and Hana Midnight in turn. Along with opening each part with the aforementioned jing pattern, I created a second phrase for the jing in a higher-pitched register to end each part, encompassing them like the shell of a coconut, and sounding like being awakened from a dream.

What to make of the gyrating, byzantine inner world language developed from these freshly wrought melodic templates churning in waves of percussion? Wikipedia states, “In Hawaiian legend, Nightmarchers (or Spirit Ranks) are the ghosts of ancient Hawaiian warriors. On the nights of Kane, Ku, Lono, Akua, or on the nights of Kaloa they are said to come forth from their burial sites to march out to past battles or to other sacred places. The ceremony and conduct of the march is customized to the tastes of its honored leader. A chief known to be fond of music would be honored with much drumming and chanting.” Personally, I can attest to the uncanny sensation of invisible energy one experiences outdoors at night in isolated Hawaiian locales, and it frightened the life out of me on at least one occasion during the year I lived in Maui.

Moving hieroglyphics of my waking consciousness is another portal of understanding for Nightmarchers, with the multitudinous and polyphonic ideas and impulses that propel and dissuade, together with my drive to create a daedal representation of the abstract places music beckons to.

Regarding musical influences, I would say that alto saxophonist, Jackie McLean, who may have possessed the most thrilling sheer tone in the history of jazz, in addition to a mesmerizing manner of phrasing and musical construction, is discernable in Kula Midnight. While the featured instrumental sound is the kemenche, a Near Eastern violin, the person who invented the saxophone, Adolph Sax, originally intended it to replace the string instruments in symphony orchestras, believe it or not.

Lahaina Midnight coyly makes reference to the most famous recorded improvisation in jazz history: Ko-Ko performed by alto saxophonist Charlie Parker. Here the clarinet enters with melodic and rhythmic shapes related to the opening of that historic utterance. Recently, I have wondered if Beethoven’s Piano Sonata No. 16 may have influenced Parker's improvisation on Ko-Ko.

Dizzy Gillespie, Lee Morgan, Chet Baker and Donald Byrd are all trumpeters I idolize, and given that it was the first instrument I played, it’s always a delight when a trumpet timbre seems called for in my music, as in Hana Midnight. Of course, this trumpet delves downward into what are normally trombone and tuba registers, and that is a musical flexibility I enjoy. The kemenche and clarinet parts also explore ranges lower than is commonly heard.

Lahaina holds a special place in my heart, for I’ve stayed at a residence close to where the ancient Hawaiian kings selected to live from all the breathtaking locales on each of the eight main islands. This place, known locally as Shark Pit, possesses a unique and elusive oceanic personality, gentle yet infinitely powerful, that one never tires of watching and listening to; a theme and variations that dwarfs the efforts of any human composer or musician.

Hana is a place where the flowers are endowed with hues I've never seen before, and where I witnessed a regal, jewel-like spider, in early afternoon web-repose, whose bodily design outshone masterpieces of ancient Persian and Indian rugs.

Rather unexpectedly, I’ve discovered that the more one listens to the unorthodox tunings found here, the more natural they seem. Perhaps that’s because the new scales grew out of an aesthetic necessity rather than an arbitrary calculation. In addition to the three separate tunings, it was challenging finding a way to add three new families of wood, shaker, and metal percussion with six timbres each to my aural palette.