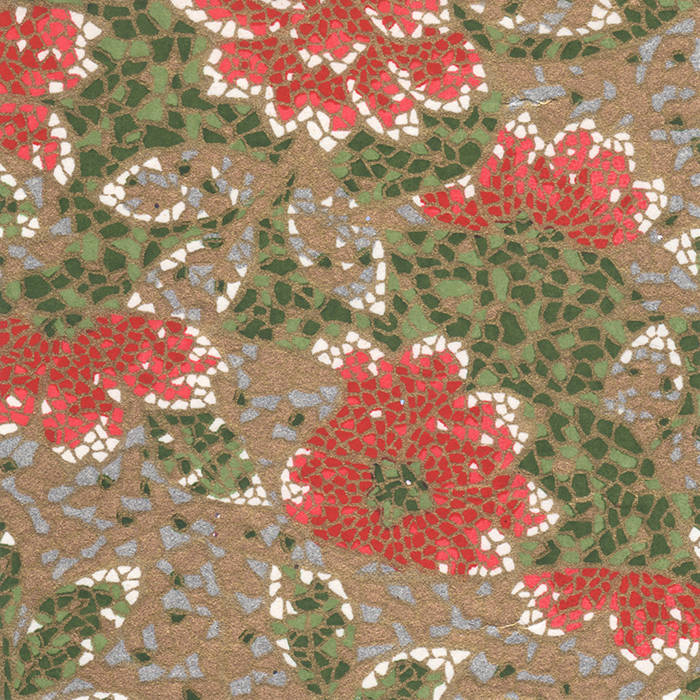 Peridot Pond is based on the fourth Karnatic mela, Vanaspati, an astoundingly complex arrangement of the seven swaras that defies any simple or conventional understanding by Western ears. That is, it does not sound tonal, modal or atonal, but in a deceptively straight-forward manner, it suggests elements of all three.

India's musical history and present is filled with musician-saints who sing praises to their chosen deity within the structure of a single raga exclusively, say Desh or Jai Jaivanti, for their entire life, and I can certainly envision myriad redoings of Vanaspati given its extraordinary complexity and subtlety.

Turning away from the traditional raga format of alap, jor, jhala and gats, I was refreshed to shape Peridot Pond into four different realizations of a fast gat using the same tempo of 160 beats per minute.

Central to my conception is a composite drum with twenty-four bols drawn from tabla, dholak and dhol timbres. The composite drum appears as one in the first, third and fourth gats. In the second gat, where there is no melody instrument, the drum in divided into lower and upper halves for a percussion jugalbandi.

Peridot Pond commences with the swaras of Vanaspati introduced through glissandi played by clarinet, cimbalom and kawala, anticipating the appearance of these distinct instrumental timbres in the first, third and fourth gats.

Following the glissandi, a tanpura voices sadja, and then we are tossed into an invigorating gallop carried by clarinet and tabla-dholak-dhol. The reedy, penetrating timbres of the clarinet in lower, middle and upper registers contrast with the crisp, multitudinous melismas of the skin-drumming.

Pure percussion music is a fascination of mine, and in the second gat, I enjoyed contrasting the upper and lower halves of the tabla-dholak-dhol drum by having them form two smaller drums that interact with each other.

Tabla and dholak bols are sounded with the fingers and hand, and the dhol is traditionally played with a stick. For the third gat, I was excited to add a cimbalom, whose sound is produced with small mallets, creating a form of pitched percussion. Together, this small ensemble makes a vigorous pathway through the sonic maze that Vanaspati presents to musicians and composers.

Before actually writing down a composition, I spend whatever time is necessary formulating a plan. Frequently the plan changes in varying degrees during the work process, but in this case, everything went as envisioned, including my somewhat curious choice to add a slow-moving kawala in the fourth gat. My intention here was to provide contrast to the fast-moving clarinet, tabla-dholak-dhol and cimbalom music. Fortunately, the sweet timbre of the kawala annunciating the elusive meaning of Vanaspati's melodic profile poured into the spaces left by the skin percussion.

Peridots have a magical green hue, as reflected in the cover art of this recording. Green has tended to be my favorite color, suggesting energy and mystery, and these are two of the qualities that compelled me to take a dip in Peridot Pond.