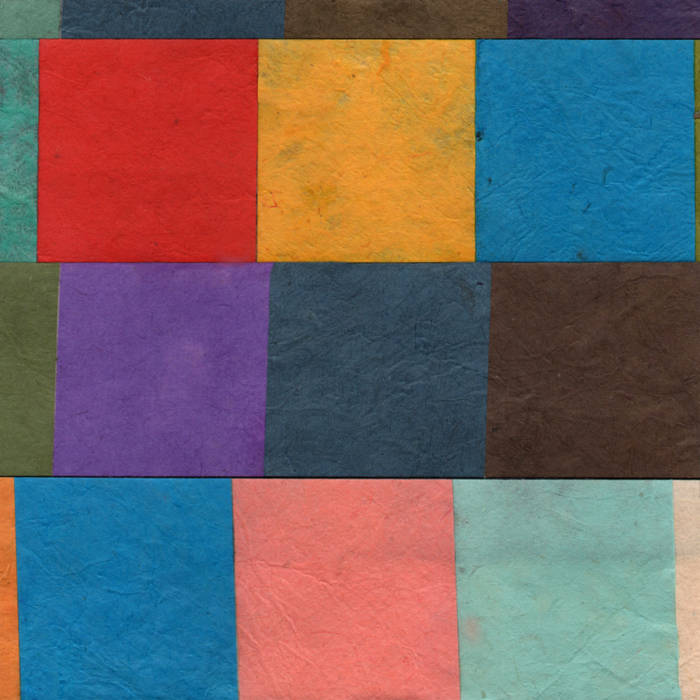 Much taken with a French-Egyptian woman’s brilliantly hued dress, she exclaimed, "Color is life!" a thought that applies equally to music. Ray Manzarek once told me that if not for music he would have been a painter because "they have those colors". My earliest childhood memories of bold and enchantingly vivid musical colors are from Russian composers such as Igor Stravinsky and Sergei Prokofiev. Spurred by the festive, rhythmic and shifting color nature of this new composition, together with my half-Russian ancestry -- also one-quarter both Hungarian and Polish -- my original title was "Russian Spring", but recognizing the enormous and more recent influence from Indian classical music, I subsequently found "Rajasthani Spring" more fitting. Rajasthan, India's largest state is known for kaleidoscopic tinctures of fauna, flora, dress and artwork.

It was a tease to make such brief use of an Egyptian kawala timbre in my previous composition, "The Spirit Pool", and I was anxious to delve into this alluring flute sound more substantially, using it both to open "Rajasthani Spring" and for the main melodic voice of the first section, complimented by the upper half of the skin drum timbres from India I deploy. Responding several times to the kawala music, a Japanese biwa appears with phantasmically transparent yet reverberant plucked string phrases unfolding like mirages. (My favorite flute artists have been Hariprasad Chaurasia, Herbie Mann and Hubert Laws.)

Different soils produce varied fauna, flora, fruits and vegetables, and the second section of "Rajasthani Spring" instantly transforms from the fields of sinuous blown wood colors into the deeper half of my tabla, dholak, dhol, and ghatam bols, which present themselves with thundering roars. This rougher terrain gives rise to a muscular, darkly grainy and slashing bowed string kamanche from Turkey, which matches the intensity of the drums, collaboratively going for what might be termed a hair raising ride through the mountains. Shining overhead, a composite triangle-glockenspiel-celesta sound appears in the aural sky by way of a furin bell, its intensely pure metallic reverberations recalling favored coloristic elements of another Russian composer, Dimitri Shostakovich. (My favorite bowed string artists have been Jascha Heifetz and L. Shankar.)

"Rajasthani Spring" was engendered when I was shopping at Amoeba Music on Hollywood Boulevard and found myself entranced by music playing through the store’s sound system. Immediately, I went to purchase the album, learning it was "Our Love" by Caribou, the stage name for Canadian artist Dan Snaith. "Second Chance" is the specific song that decked me featuring passionately expressive vocals by Jessy Lanza. Among the song’s potent charms are out of tune chords deliberately and exquisitely played by Snaith. How fortuitous it was to have happened upon "Second Chance", providing me with a divine rasa to follow towards the composition of a new work. Initially, I considered incorporating harmonies and melodies from the song into my new piece, but aside from using a similar tempo and composing within Kafi Thaat, which the song suggests, my instincts led to a more abstract place with only a few fleeting references to melodic material from "Second Chance".

And then comes the deluge, with a Japanese kane seizing hold of the melodic lead enhanced by the complete spectrum of skin drum percussion. This music brings to mind Rajasthan’s uproarious springtime Holi festivals, also known as "Festival of Colors". Celebrations include bonfires symbolizing the triumph of Krishna over Holika (good over evil), exploding fireworks, and throwing and dabbing brightly colored water and powders on everyone. But I don’t wish to be overly programmatic because this music is certainly nothing more than an expression of energies that may be linked to both the season of spring and a spring of water, as well as any other number of thoughts, perhaps most importantly pure music. A Chinese gu assumes the supportive role previously enacted by biwa and furin bell, its refreshingly clean wood aphorisms dancing animatedly to the enthusiasms of the kane. (My favorite mallet artist -- the type of music my use of the kane suggests -- has been Shivkumar Sharma. Taking instrumental timbres out of their traditional contexts and capabilities in service to my musical vision is a central freedom I enjoy as a composer, while retaining the utmost respect for those traditions.)

Adding to the through-composed melodic and percussion music is an incisively extroverted tamboura drone penetrating through the varied textures, and three dance music derived percussive ostinati churning underneath and above. In conclusion, the triangle-like sound of the furin bell reappears to sound a final Shadja (tonic).

One way to think of music is the wounding of silence, or allowing the piercing of one’s vulnerability. In order to create something new, past “stories” are left behind while retaining skills and insights we have acquired towards finding means and strategies for adapting to freshly imagined entities of musical promise. Expecting the unexpected is paramount.

Several years ago, I wrote an essay connecting music and basketball titled, "Human Counterpoint: The Music of NBA Basketball". Just recently, I noticed that a highly innovative player, this year's MVP, Stephen Curry, approaches handling the ball in a rapidly shifting and unpredictable manner that brought to mind my extreme using of spatial panning. Curry unleashes a whirlwind of multi-directional gestures that may be likened to Tandava, Shiva's Dance of Destruction, and that is certainly what he accomplishes in terms of the opposing team's defense! Curry’s dizzying flurry of movements culminate with an unearthly smooth and high-arched shot that often gives the impression of only moving the net by virtue of the rush of air passing through without actually touching. In this context, the gracefulness of Curry's shot may be compared to Shiva's Laysa, a gentle form of dance.

Perhaps it is a balance between the extremes of Tandava and Laysa that musicians and composers ultimately seek to inhabit (either in one piece or in the body of the oeuvre), together with embodying the polyrhythmic transformations of nature through the cycle of seasons and the release of prana; thoughts both metaphysical and scientific given that the human body is actually composed of fire (heat), water, earth, air and ether (space). Tying together my initial observation here about color being life, prana denotes both our individual life- force and the actual breath we possess.

Dreaming a new composition is like taking in a breath, and bringing that dream to life is like breathing out. One hopes that others follow by breathing in the sonic enactment of that exteriorized dream, leading to dreams of their own, and on and on.

Spring was symbolized for me by a sudden shaking and thud outside my window coming from an orange tree. (Orange trees and palm trees blowing in the wind are my favorite images of Los Angeles.) An adorable baby squirrel was cleverly chewing off the stems of the large, circular fruits, allowing them to fall to the ground. Once this deed was accomplished, he-she bit open the oranges, with a girth much greater than that of his-her body, finding bountiful nourishment and refreshment, and leaving orange and white peels in abstract patterns against the verdant grass and brown earth under an azure sky.

"Rajasthani Spring" and my three previous compositions have roughly similar designs. Presently, I am contemplating a work for solo keyboard after listening to Beethoven Piano Sonatas as performed by Alfred Brendel. That said, I should be careful about entering Amoeba Music again as their DJs may have something to say about that intention!