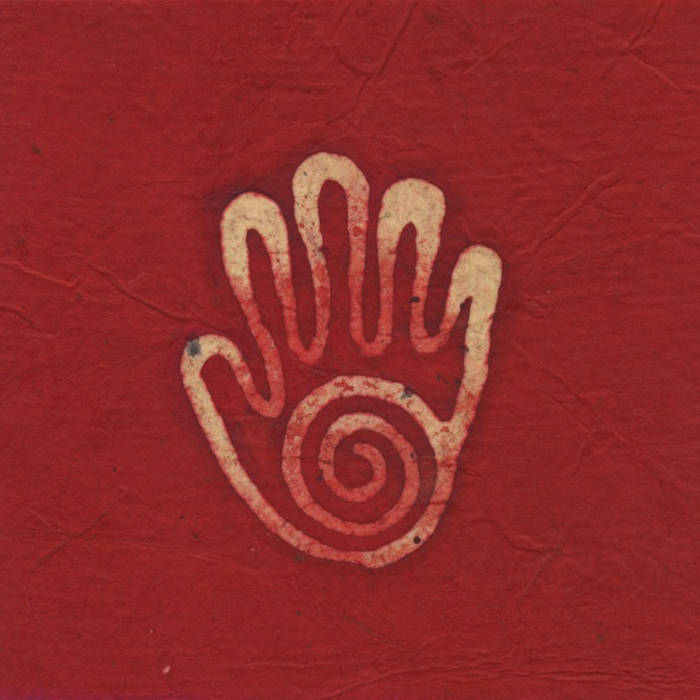 The stirrings that became Ruby Soul began with a fascination for several silver rings from India showing the head of a lion with fearsome ruby eyes. This turned out to be Narasimha, the fourth incarnation of Vishnu, who manifests on earth from inside a pillar to slay Hiranyakashipu, a threatening asura. An early reference to Narasimha appears in the Rg Veda, describing him “like some wild beast, dread, prowling, mountain-roaming." Narasimha is an especially complex avatar relatively unknown in the Western world, with numerous and varied forms that are astounding to learn about. He is worshiped primarily on Sundays, and is said to favor offerings of alcohol.

Following the lead of my previous work, Nightmarchers, I decided to use a different form of tuning for Ruby Soul, and turned to a Tibetan enharmonic twelve-tone scale I previously used for Red Painting, on my Hamoa album. Ruby Soul was a much larger undertaking, however, and fortunately, I solved the difficulty of notation by assigning the three enharmonic notes of the scale, which occur on the tonic, minor third, and fifth, to a neighboring chromatic tone, again for notational purposes. This avoids the awkward upward facing arrows I used for notating the enharmonic notes of Red Painting, which was doable for a single slow tempo piece of music, but would be a nightmarish source of confusion in this instance.

Conflagrating rag (melody) and tal (percussion) is my goal for composition, where the elements of Shiva (male) and Shakti (female) play off each other equally to create a grander whole. In order to achieve this effect, the unique content of an individual work, which is challenging enough to compose, seeks the application of a fitting timbral visage. An exciting state of tumult, oscillating between exhilaration and despair prevails until the proper “benediction” is finally discovered.

For the melody voice of Ruby Soul, I turned to a Korean gayageum timbre, including utilizing two gayagems in the Second Part. I found this union of sound and melody appealing, including several passages in the Third Part that suggest an interstellar hoedown. Appearing for the fifth consecutive composition for the primary percussion voice is a composite drum fashioned from kendang wadon, bebarongan, pelogongan and dhol bols. (I do not tune my percussion sounds in the Indonesian or Indian manner, and they also vary from the sounds of the actual percussion instruments from which they are derived.)

A treasured memory is how, during my college years, I would arrive early at the Village Vanguard whenever Elvin Jones was performing in order to seize the table behind a pillar next to the drums. Once there, I would do my best to absorb and study the shimmering, pulsating metal, wood, and skin annunciations roaring outwards from this supremely African - including the darkest skin I had ever seen - and Native American descended music god. After each set, Jones, looking like he had just immerged from the ocean, was always kind enough to give a giant smile and friendly handshake for my attentiveness.

Like Ravi Shankar finding Alla Rakha, John Coltrane was fortunate to find Elvin Jones, a musical equal who paved the road to his fullest potential. And it is these two prime improvisational “equinoxes” together with a bounty of other magnanimous musical pairings, which have served as my teachers and inspiration for composition, like the cold, nutrient rich waters of Carmel submarine canyon that fuel innumerable forms of marine life, both plant and animal. (Solo tabla music, and Beethoven piano sonatas have been a more recent obsession of mine.)

Revisiting one of the John Coltrane Quartet’s supreme recorded achievements recently, the title piece of their album, Impressions, I was reminded of how I unexpectedly traveled from the world of jazz to the world of Indian classical music, and how I can now, from a slightly elevated vantage point, begin to appreciate and enjoy the differences and similarities between these two magnificent art forms more deeply.

While it’s probably too late to obtain any correlative proof, the musical evidence indicates that the intensely curious and knowledge devouring Coltrane was influenced by the complex, mathematical-like abstractions, and angular music of Lennie Tristano, the twisting, explorative exuberance found in the music of Lee Konitz, and also, possibly, the reflexive melismas of Warne Marsh. (The influence of Indian classical music, including the sound of Bismillah Khan’s shehnai, on Coltrane has already been acknowledged.) In this context, its interesting to note that the exquisite and innovative Jazz Impressions From Eurasia album by the Dave Brubeck Quartet, featuring Paul Desmond and Joe Morello, which includes The Golden Horn and Calcutta Blues, two modal and raga-like improvisations, predates the modal improvisations found on the Kind of Blue album by Miles Davis featuring Coltrane, Bill Evans and Cannonball Adderley.

Listening to Ruby Soul benefits from the type of attentiveness one uses for the interactions between melody and percussion as practiced by – to give only a few examples - Shivkumar Sharma and Ali Ahmed Khan, Sonny Stitt and Alan Dawson, Hariprasad Chaurasia and Anindo Chatterjee, and Jackie McLean and Jack DeJohnette, in addition to the previously mentioned pairings of Ravi Shankar and Alla Rakha, and John Coltrane and Elvin Jones, with the piano and bass additions in the jazz examples being intrinsic extensions of melody, as the tamboura is for Indian classical music.

Another key to entering the musical terrain of Ruby Soul and other compositions is to recognize this is not jazz, Indian classical music, or even music performed by humans. It is the premonition of a disembodied lost or future music that speaks to me suggesting a new medium, which I have named meruvina.