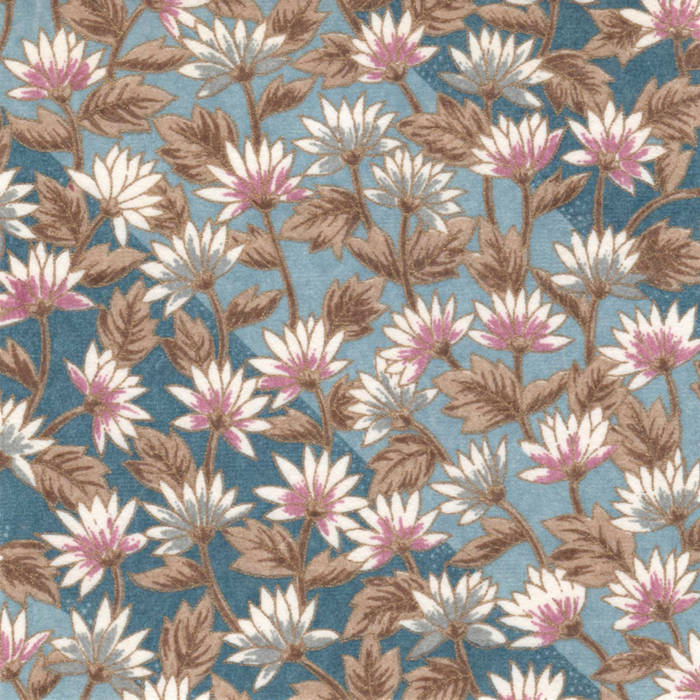 Monsoon Clouds was completed in October 1998, and Snow Leopard Meadow was completed in December 1998. They are both being released in March 1999 for the simple reason that the artwork for their covers arrived at that time.

One obvious similarity between the two compositions is that they both represent my personal interpretation of two Indian ragas. By doing so, beginning with Hamoa in 1995, I now realize that I have gradually, and unknowingly claimed my "birth right" because the rock and jazz I love is largely a derivative of Indian classical music.

It took private lessons with Harihar Rao, the senior disciple of Ravi Shankar, Nazir Ali Jairazbhoy, the renowned expert on Indian music and culture, Kala Ramnath, a leading disciple of Jasraj, and, equally important, intensive listening, analysis, and reading, to develop the "seeds" that had been planted earlier in my life.

While writing the liner notes for these new releases, I realized that the two ragas my compositions are based on have exactly the opposite swaras!

Here are some of my general views: Indian classical music offers a vision of immortality, and union with the perfection of nature. The raga form has developed over thousands of years, originating in Vedic chants for myriad deities and manifestations of the five elements: water, fire, earth, air, and space. Indian classical music echoes the organic laws that create interaction between these elements.

Happily, this profound musical form has embraced, and continues to welcome a variety of musical instruments, and approaches. Indian classical music has been both a model, and a central source of inspiration for my own music.

It is gratifying for me to hear Harihar Rao, who is also the President and Artistic Director of the Music Circle state: “You are reaching into the core of the spirit of Indian classical music, which is a spiritual yearning." At the same time, CDeMUSIC, noted: “Spirituality lies behind the sounds of Robinson’s music."

How is it possible that music performed by a computer, software, and sound module [meruvina] can do this? One possible explanation may be found in the words of legendary jazz pianist, Bill Evans, who did not believe in copying, or imitating the music that inspired him. He "tried to absorb the essence of it and apply it to something else." Recognizing that his inspiration frequently came from musicians who were not pianists, Evans added: "Its more the mind that thinks jazz than the instrument that plays jazz which interests me."

Snow Leopard Meadow was formed out of my enthusiasm for a video-taped performance of Ahir Bhairav by Pandit Jasraj. The master vocalist was accompanied by three tanpuras, tabla, violin, harmonium, and his own playing of the swaramandala, resulting in a transcendental labyrinth of musical detail from which his divine voice emerges.

The shifting of two swaras - komal dha and shuddha ni to shuddha dha and komal ni - transforms Bhairav into Ahir Bhairav, and we have entered a different world! There are other important distinctions between these two majestic ragas, as well.

For Snow Leopard Meadow (Ahir Bhairav), I selected the bowed timbre of the Near Eastern kemanche, along with tabla, and South American, Near Eastern, Japanese and Chinese percussion. There is also a prominent tanpura presence that I have used in recent compositions.

The snow leopards of Central Asia exist at the top of the food chain, and they are in great danger of extinction due to encroachment into their territory, and murder for their fur. More direct and immediate action needs to be taken to enable these stunningly beautiful, and solitary animals - they are almost never seen by humans until they are caught in a trap, and were mythical mysteries for centuries - to survive, and flourish in their natural environment, known as "The roof of the world."