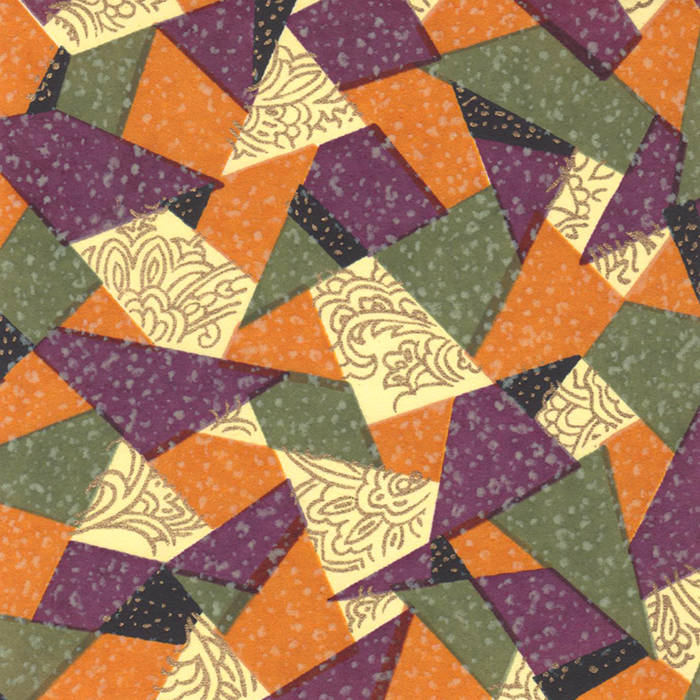 The Listening Earth joins together six of my shorter works from six different CDs. My motivation in creating this compilation was to provide another option for those listeners who may be overwhelmed by a one hour piece, not to mention radio programmers! All of the included works are based on ragas.

Chinese Legend originated with the main repeated melodic figure that came to me while driving home over Coldwater Canyon after midnight following an informal and moving sitar performance by Nazir Ali Jairazbhoy at his home. Out of curiosity, I searched for a raga that contained the same swaras or tones of my newfound melody, discovering Udaya Ravichandrika, a South Indian raga. There is some controversy over whether to use a natural or flat seventh. I decided to use both. The main melodic voice here is a sitar, the instrument of Ravi Shankar.

Rainbow Thunder slowly builds a deep and powerful percussion ostinato inspired by African rhythms. This prepares for a dramatic trumpet entrance based on Vasanta, a South Indian raga. The middle section switches the percussion voices to African harps, and the trumpet to a gender, as the melody becomes more active. The original voices reappear for the concluding music, with the trumpet articulating rapid, complex phrases.

October Sky is based upon Kedara, an evening raga that depicts a man who leaves his wife to follow a spiritual life alone in the forest. However, the pain of separation from his beloved becomes too great, and he decides to return home. October Sky resulted from Nazir Ali Jairazbhoy asking me to write a composition based upon one of his raga diagrams, which depict the melodic movements of individual ragas in graphic lines. The one he chose for me was Raga Kedara, which has since become one of my favorite ragas. My first attempt using the diagram was met with numerous corrections by Nazir, and my second entirely new attempt fared a little better. My third completely new attempt met with his approval - he did not request a single change. To this melody, voiced here by a kemenche timbre, I added a dancing bell-like ostinato, and male and female voices that gradually move upwards. Nazir played a recording of October Sky for the 1997 All India Music Conference.

Scarlet Dawn (Simendra Madhyam) inhabits a ritualistic realm with ominous voices and animal cries. A sitar timbre weaves through the aural maze together with tabla and African udu. The opening melody is sounded by a wide variety of musical timbres from Korea, Syria, Punjab, Ecuador, Java and Gambia.

After completing a work for kawala and balafon, I discovered that the swaras (tones) used were identical to an obscure South Indian raga, Nagamani, that translates to mean jeweled snake or cobra. Pandit Hariprasad Chaurasia, the Hindustani bansri master, who has raised the art of flute playing to previously unimaginable levels, was the original inspiration for this music. The opening sixteen minutes of the one-hour composition are excerpted here.

The Forest of Brinda (Durga) is the third and highest level of heaven where Krishna resides along with the Gopis. Shortly after the music begins, an electronic percussion ostinato enters, which was inspired by the electronic music of Joel Chadabe and David Behrman. This is followed by a melodic figure repeated throughout the piece by a wide range of instrumental colors, including finger cymbal and french horn. The swiftly moving tabla music was inspired by Alla Rakha's son, Zakir Hussain.

I hope you have an opportunity to hear the original CDs from which this compilation was drawn. The music is best heard in its original context.

Chinese Legend was composed in 1997, Rainbow Thunder and October Sky in 1996, and Scarlet Dawn, Nagamani and The Forest of Brinda in 1998.