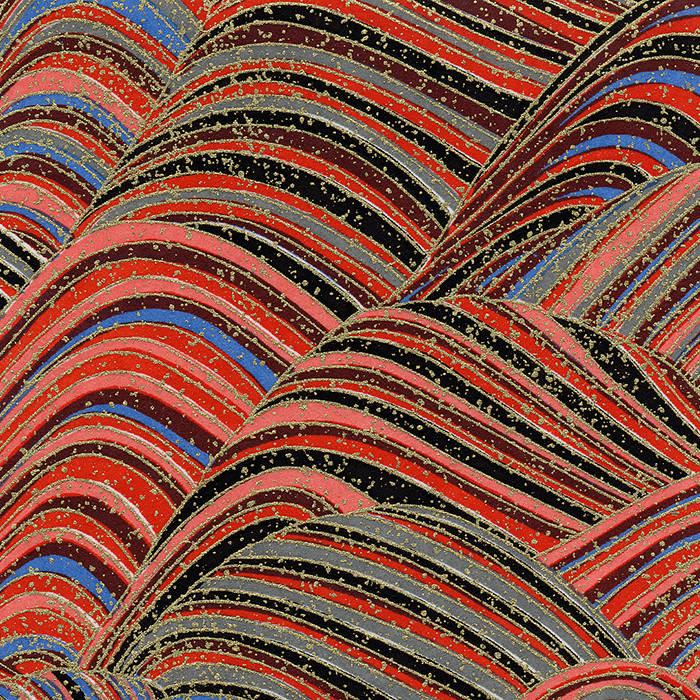 Vachaspati is a wildly colorful raga that brings to mind the magnificent abstract paintings of Kandinsky. It is the 64th mela of Karnatic music, and became popular with North Indian classical musicians in the twentieth century, no doubt due to its extremely unusual and captivating melodic shape. Some related Hindustani ragas are Champakali, Sarasvati andYogini.

As is often the case, it was a recording by Shivkumar Sharma that communicated the magic of Vachaspati to me, and I began to ponder how I would use the raga as a basis for composition someday.

In September 2003, arrangements were made for me to interview Sharma the day following his concert in Los Angeles, and the organizers were gracious enough to provide me with a front row center seat. I was thrilled when Sharma selected Vachaspati for the opening and central raga of the performance. (This memorable interview is linked to azuremilesrecords.com)

My vision of Vachaspati is for meruvina (computer, software and sound module) playing sound samples of ud, tabla, ghatam, dholak, rainstick and tanpura. (My article, “Meruvina: Composition and Performance Coalesce”, is also linked to azuremilesrecords.com)

There were ancient Indian bowed string instruments that included small bells on the bow, adding a sparkling incandescence to the sound. I discovered this ancient practice around 1999, four years after I began echoing the melodic voice of the alap with rainstick, Indian bells and other appropriate timbres. It was startling to discover myself thinking along the same lines as ancient Indian musicians. Water Stones (Mayamalavagaula), from Hamoa (1995), was my first raga-based composition to use this technique. Sea of France (1991) is an earlier composition exhibiting the same concept.

In keeping with this practice, Vachaspati opens with ud and rainstick accompanied by tanpura. The jor adds another ud faintly establishing a steady pulse using shadj (tonic). The tempo increases dramatically in the jhala section that follows.

Tabla, ghatam and dholak make their entrance in the first gat, and are soon joined by the ud. In the second gat, the tempo increases, with the melody and percussion instruments continuing their abstract commingling. The final gat is much faster, and here the ghatam and dholak drop out, leaving ud and tabla to perform lilas (rhythmic play) of melody and rhythm.